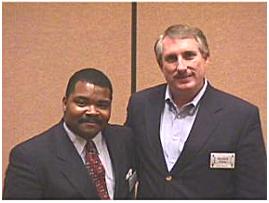 The History of the Temple & The Future Temple

The history of the Jewish Temple begins and ends in prophecy. The Sanctuary (a term inclusive of God's dwelling in all its forms) was proleptically revealed to Abraham in its sacrifical service and permanent location on Mount Moriah (Gen. 22:2, 14). Enlarging the Abrahamic revelation in similar terms, Moses receives prophetic instructions at the time of the Exodus for Israel's relationship to the Sanctuary (Ex. 15:17). Later on Mount Sinai, he receives the heavenly blueprint for the Sanctuary and its vessels (Ex. 25:8-9, 40). This verse is important in that it shows that the divine ideal for the Sanctuary is God's manifest Presence on earth among His people (vs. 8; cf. its Millennial expression - Zech. 2:10-12), and that the same celestial pattern (vss. 9, 40) was used for both the Tabernacle and the Temple (cf. 1 Chron. 28:11-19; cf. Rev. 15:5). The Tabernacle is distinguished from the Temple in that it was a portable and temporary dwelling place for God's Presence (Ex. 40:36-38; cf. 2 Sam. 7:6) whereas the Temple was to be a permanent and eternal habitation (2 Chron. 7:16; Ezek. 37:26-28). In token of their mutually prophetic purpose, when the First Temple was built, the Tabernacle/Tent of Meeting was apparently included within it (1 Kgs. 8:4; 2 Chron. 5:5).

It is King David who, meditating on the divine ideal (cf. Psa. 132) is moved to begin the process of building the First Temple (2 Sam. 7:2; 1 Chron. 17:1). However, since the Temple was designed to regulate the universal peace brought by God's Presence on earth during the Millennium (David only understands the restricted concept, cf. 2 Sam. 7:1), it could only be completed by one who was a fitting representive of God's peaceful program (1 Kgs. 3:3-14; 5:3). Yet David was in prophetic succession to those to whom God had previously revealed the Temple's program. This is seen in God's reminding David of the Abrahamic promise (2 Sam. 7:10), and repeating to him the Mosaic revelation (1 Chron. 28:11, 19). On this basis (as a founder, not a builder), David was qualified to make financial and material preparations for the Temple (1 Chron. 29). Solomon ("His peace") however, was to construct the Temple based on the terms of his father's covenant (2 Sam. 7:12-13;1 Kgs. 5:5; 6:12-13). In his prayer of dedication (1 Kgs. 8) is revealed both the Temple's divine ideal as the place of God's Presence (vss. 27-34) and its universal (Millennial) function (vss. 41-43, 56-60).

The Davidic Covenant which provided for a permanent Temple in Jerusalem was nonetheless conditioned upon the Nation's obedience. This meant that throughout Israel's future history the Temple could be removed and returned as often as Israel was fickle or faithful to the covenant. As history unfolded, the First Temple was destroyed in 586 B.C. as a direct result of covenantal violations. The downward slide began already in the time of Solomon (1 Kgs. 11:1-13) and culminated with king Manasseh (2 Kgs. 21:7-14), and were especially prolonged with respect to violations of the Sabbath (2 Chron. 36:21).

Restoration began with the return and rebuilding of the Second Temple under Zerubbabel in 515 B.C. (Ezra 1-6), but because of continued covenant violations (cf. Ezra 9; Neh. 13; Mal. 1-4) the Millennial restoration envisioned by the Prophets (cf. Ezek. 40-48) was postponed (cf. Hag. 2:1-9). Half a millennia later, perhaps a decade before Jesus was born in Judea, the Second Temple was in such severe need of repairs that the reigning king Herod the Great refurbished it completely, even expanding its size. Although newly restored, it was still subject to the old terms of the covenantal contract, and with the Nation's rejection of Jesus as Messiah the Temple was again doomed to desolation. All of Jesus pronouncements of the Temple's destruction (Matt. 24:2/Mk. 13:2; Lk. 21:6, 20-24) must be viewed in this light, and not as a rejection or replacement of the Temple as a legitimate institution. In fact joined immediately to Jesus' own pronouncement of the Temple's desolation (Matt. 21:38) is His promise (in the word "until") of Israel (and the Temple's) restoration (Matt. 23:39). This and Jesus' positive statements concerning the Temple elsewhere (Matt. 12: 4; 17:24-27; 23:16-21; Jn. 2:16-17) and especially in His Olivet Discourse (Matt. 24:15; Mk. 13:14) hold out the prophetic promise that the history of the Temple would be continued in the future (see Temple, Future).

In continuity with the Old Testament program expected for Israel's restoration, Jesus and the New Testament writers likewise present a rebuilt Temple in Jerusalem as part of their eschatological program. Basing his interpretation on Daniel's prophecy (Dan. 9:27), Jesus sets the Temple as the signal event dividing the Birthpangs of the Tribulation from the Great Tribulation (Matt. 24:15; Mk. 13:14). Paul also builds upon Daniel's prophecy (Dan. 9; 11) in his account of the descecration of the Tribulation Temple by Antichrist (2 Thess. 2:4). In like manner, John, who understands a coming Antichrist (1 Jn. 2:18), describes the desolation of the Temple courts by Antichrist's Gentile forces during the last half of the Tribulation period (Rev. 11:1-2).

Dr. Randall Price is the Author of Ready to Rebuild and has appeared on the nationally televised CBS special "Ancient Secrets of the Bible." He is president of World of the Bible Ministries, Inc. He is a Th.M. graduate of Dallas Tehological Seminary and holds a Ph.D. in Hebrew Languages and Literature from the University of Texas at Austin and is personally acquainted with many leading figures in Scroll research.

Dr. Randall Price has release a book entitled In Search of Temple Treasures. This book has a companion video by the same name. If you would like to order or learn more about this book and video you can contact Dr. Price at his mailing address or Email him below. Also let him know what you think of his articles.
World of the Bible Ministries, Inc.
110 Easy Street
San Marcos, Texas 78666-7336

Your comments and suggestions are welcomed.
Please send your Email to: Dr. Randall Price