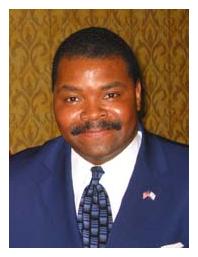 Evangelist Perkins has been involved in a ministerial capacity for twenty nine years and is an ordained Minister of the Gospel of Christ.

Evangelist Perkins is founder and president of According To Prophecy Ministries and publishes a newsletter bearing that name. His teachings of God's plan for mankind is vividly brought to life by prophecy charts and other visual aids including a multimedial presentation, Journey to Jerusalem. The Ministry offers numerous books, audio tapes, videos, audio CDs, and DVDs to aid in your understanding of Bible Prophecy. 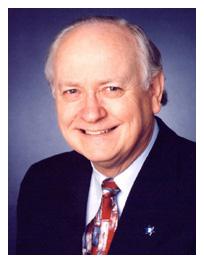 Dr. David R. Reagan is a native Texan who resides in a suburb of Dallas. He is married and is the father of two daughters. His wife, Ann, is a first grade teacher. They have four grandchildren.

Dr. Reagan is a Phi Beta Kappa graduate of the University of Texas in Austin. His graduate degrees were earned in the field of International Relations from the Fletcher School of Law & Diplomacy, a graduate school of international relations owned and operated jointly by Tufts and Harvard Universities.

He serves as the Senior Evangelist for Lamb & Lion Ministries, an inter-denominational, evangelical ministry that is devoted to the proclamation of the soon return of Jesus. The ministry was founded in 1980.

Before entering the ministry, Dr. Reagan had an extensive career in higher education which included the following positions: Assistant to the President of Austin College in Sherman, Texas; President of South Texas Jr. College in Houston; Director of Pepperdine University's Center for International Business in Los Angeles; and Vice President of Phillips University in Enid, Oklahoma.

In the mid-60's Dr. Reagan served as a Fulbright Lecturer at the University of the Philippines and toured all of Southeast Asia lecturing on U.S. foreign policy.

Dr. Reagan is a life-long Bible student, teacher, and preacher. He is the author of many religious essays which have been published in a wide variety of journals and magazines. He has written seven books -- "Trusting God," "The Christ in Prophecy Study Guide," "The Master Plan," "Jesus is Coming Soon!" (a book for children), "Living for Christ in the End Times," "Wrath & Glory" and "America the Beautiful?" He was the editor of another book called "The Parched Soul of America." He has written numerous booklets, and he serves as the editor of the ministry's bi-monthly magazine called "The Lamplighter." His sermons on cassette tape and video tape have been distributed world wide. His books have been translated into several languages.

Invitations have come from all over the world for Dr. Reagan to speak. He has conducted prophecy conferences in Russia, Poland, Hungary, Austria, the Czech Republic, Beloruss, Israel, South Africa, India, Mexico, the Philippines, and England (including Wales, Scotland, and Northern Ireland). He has led more than thirty pilgrimages to Israel that focus on the prophetic significance of the sites visited.

For 22 years Dr. Reagan was the spokesmen on Lamb & Lion's radio program called "Christ in Prophecy," which was broadcast nationally. In September 2002 the radio program was converted into a weekly television program that is broadcast nationally over the DayStar Television Network. Dr. Reagan hosts the program which deals with the prophetic significance of national and international events. Dr. Reagan is also the featured speaker on several video programs produced by Lamb & Lion Ministries, including "A Pilgrimage to the Holy Land," "Israel in Bible Prophecy," and "Preaching Bible Prophecy." He has also written and produced several multi-media Bible prophecy teaching kits.

Return to According To Prophecy Ministries 2011 Conference