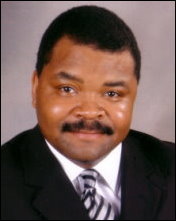 Evangelist Perkins has been involved in a ministerial capacity for twenty eight years and is an ordained Minister of the Gospel of Christ.

Evangelist Perkins is founder and president of According To Prophecy Ministries and publishes a newsletter bearing that name. His teachings of God's plan for mankind is vividly brought to life by prophecy charts and other visual aids including a multimedial presentation, Journey to Jerusalem. The Ministry offers numerous books, audio CDs, and Dvds to aid in your understanding of Bible Prophecy. 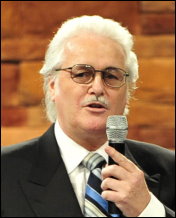 Dr. Grant Jeffrey is recognized as one of the leading teachers on Bible prophecy and an intelligent defender of our Christian faith. He is the chairman of Frontier Research Publications, Inc., a leading publisher of books, tapes and videos. Grant's 25 best selling books have resulted in millions of sales during the last twenty years. Numerous publishers including Bantam, Harper Collins, Zondervan, Word, Tyndale have printed his books in 24 languages throughout the world. He appears frequently on TV and radio throughout the world. During the last two decades he has been the main speaker in hundreds of prophecy conferences around the world. Grant and his wife Kaye have been in full time ministry since 1988.

Grant's twenty-five best selling books include: Armageddon, Prince of Darkness, Final Warning, Signature of God, Finding Financial Freedom and The War on Terror. His decades of dedicated research on military history, intelligence and prophecy are reflected in his latest books, The Next World War, The New Temple and the Second Coming, and his latest book, Countdown To The Apocalypse. Grant's prophetic novel, By Dawn's Early Light, written with co-author Angela Hunt, received the respected Christy Award for the Best Prophetic Fiction novel of 1999. They also wrote two other prophetic novels, Flee the Darkness and The Spear of Tyranny.

For the last two years his well respected TV program, Bible Prophecy Revealed, has been broadcast twice weekly in over eighty nations throughout the world on Trinity Broadcasting Network. He also appears frequently as a guest on numerous TV and radio stations internationally.

His passion for research led Grant to acquire a personal library of over 7,000 books on prophecy, theology and biblical archeology. He earned a Masters Degree and a Doctor of Philosophy Degree in Biblical Studies from Louisiana Baptist University. He is the editor of the Marked Reference Prophecy Study Bible published by Zondervan Publishing Corp. This two-and-a-half-year writing project was his doctoral dissertation, the most comprehensive Prophecy Study Bible ever published. Grant was a professional in the financial planning and insurance brokerage field for 18 years. While pursuing his business career he acquired a Chartered Life Underwriter degree (law, pensions, accounting) from the University of Toronto extension program.

During the 1970's and 1980's, Grant taught eschatology part-time at several colleges. His dozens of research trips to the Middle East and extensive interviews with experts in the military and intelligence field, including political leaders such as Benjamin Netanyahu and Shimon Peres, provide the background to the insights found in The New Temple and the Second Coming and Countdown To The Apocalypse.

This ministry emphasizes the glorious hope that Christ will soon redeem His Church and return with His resurrected saints to redeem the earth and establish His kingdom on earth forever. Grant's ministry encourages a deeper study of the truths of prophecy as we approach Christ's triumphant return as the King of Kings.

Would you help sponsor this Conference?
Click here to learn the benefits of sponsorship!

Return to According To Prophecy Ministries 2010 Conference